Before I get rolling ... I have to say that one of the things that struck me during our trip to Spain was seeing "Feliz Navidad" while strolling the Christmas markets ... it just made me think "whoa, we're in Spain!"

So ... our space-available (space-a) travel plans worked perfectly ... for the most part. We ended up being delayed in Spain for an extra day which for the first time was a really nice thing! Our flight over and back (which we joke was our own private jet) was great and only 2 1/2 hours. 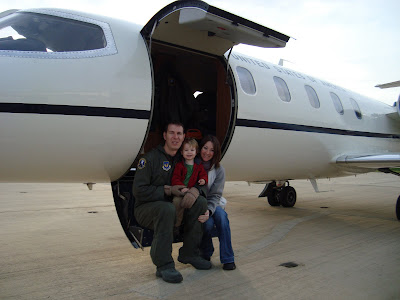 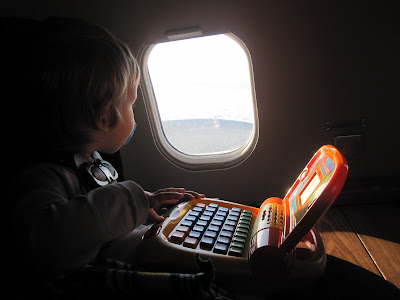 This was a "business trip" for Kelty. He was taking a break from his laptop (thanks Uncle Shawn and Aunt Rachel) to admire the view.
Day 1 - Friday

We arrived in Rota, Spain Friday morning and then rented a car and drove to Seville. Our hotel was amazing ... to call it a hotel would be an understatement .. it was like a huge network of indoor and outdoor tunnels that opened into courtyards with waterfalls, plants and mosaics. Al and I thought for sure our $100 rate was missing a zero but when we checked out ... it was indeed only $100. We spent our evening in Seville roaming the beautiful streets, eating Paella and drinking Sangria. We weren't able to visit the cathedral where "part of" the remains of Christopher Columbus are held, but I got a nice artistic shot of the outside. Seville is the heart of traditional Flemenco dancing ... you couldn't walk 5 steps without hitting a store selling fans, shawls, shoes and castanets. I have a small bit of Spanish in my dance repertoire but my castanet skills are painfully rusty. I opted to wait and buy a pair of castanets until I hit a non-touristy section but the stores were closed ... I guess that will be during trip number two! 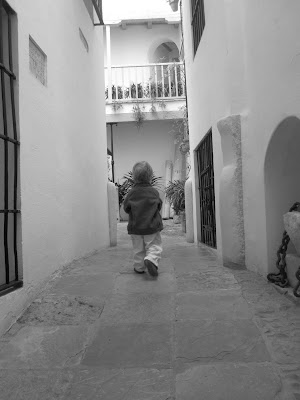 Walking through our "hotel" 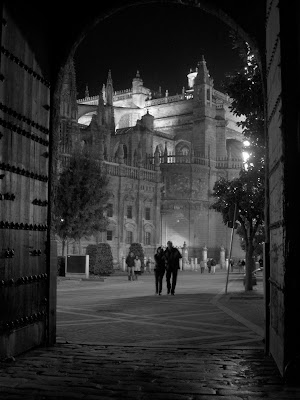 Snapshot of the cathedral through a beautiful archway. Seville was one of the most beautiful towns we've walked through in Europe. The mosaics and tile work were gorgeous. 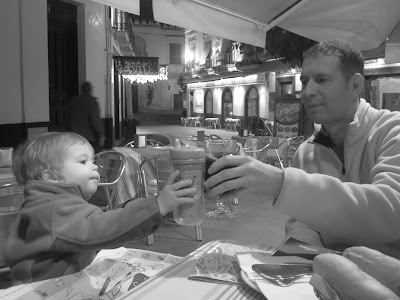 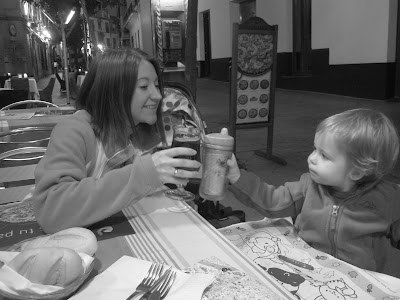 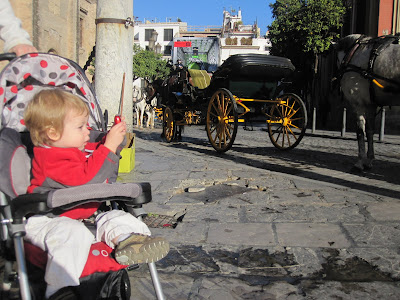 We bought a cheap little digital camera for Kelty's birthday ... he spent the entire trip taking pictures ... it was so cute! He even took photos of our waiter and random people on the street that would stop and pose for him. Kelty's preferred subjects were horses and motorcycles.
Day 2 - Saturday

We left Seville Friday morning and headed back to Rota ... Al was scheduled to fly that afternoon. Despite the fact we "lost" the GPS and couldn't get our hands on a map ... we found our way back to Rota (only to find the GPS after we got back) ... ha! Al's flight was cancelled so we decided to hit downtown Rota on Friday evening. We strolled along the beach and watched the sunset over the Atlantic! The Spanish folks really take their siesta seriously and most of the shops were closed but we did walk through their Christmas markets. 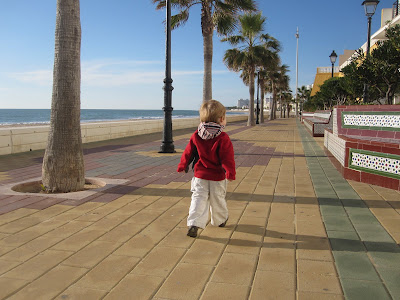 We hadn't planned on a "day 3" but since Al's flight schedule changed due to weather and mechanical issues .. we all (the flight crew, Al, Kelty and I) took the morning of Day 3 and visited Gibraltar. Gibraltar is actually "British-owned" ... it's been an on-going "battle" between the Spanish and the British for dibs on Gribaltar. It was a great little island and we took a nice guided tour of the "rock". 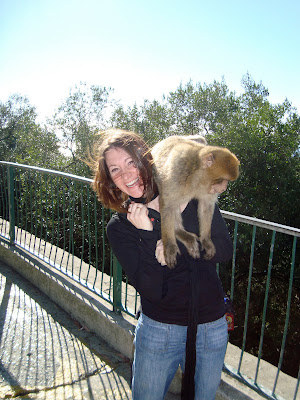 Monkey's are abundant on Gibraltar ... they jumped in the car while our driver was driving and they randomly jump on people while you're standing around taking in the scenery! Don't even try to eat a snack, they'll jump and take it right out of your hand. 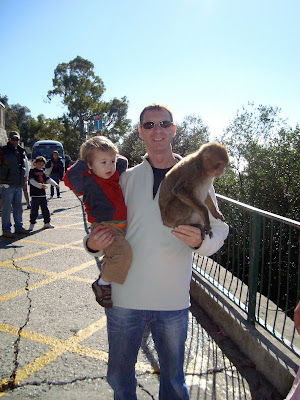 Kelty didn't want the monkey on his head ... 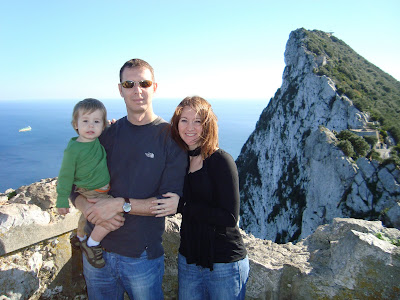 You can also see Africa from Gibraltar ... not in this particular shot but if you were to look to the right of where we were standing you had a great view of Africa.
Day 4 - Monday

Well, all of Al's flights were cancelled due to mechanical issues and we returned to Germany on Monday afternoon. It ended up being a nice little siesta for us!
by Unknown